What is Cubital Tunnel Syndrome?

The Myth of the “Funny Bone”

Have you ever heard someone say they hit their “funny bone?” What they really meant is that they bumped the inside of their elbow in a specific area, which caused a tingling, odd feeling, or a dull pain. Actually, it’s not even a bone. Instead, it’s a nerve, known as the ulnar nerve, which runs along the interior portion of the elbow.

Basic Anatomy of the Elbow and the Ulnar Nerve

The elbow is a hinge joint that’s formed at the intersection of the ends of three bones: the upper arm bone (humerus), the ulna, and the radius bone. The ulnar nerve begins at the neck. It then travels down the back of the arms as well as around the inside of the elbow, ending at the fourth and fifth fingers.

It’s at the elbow where the ulnar nerve runs through the cubital tunnel, which is a tunnel of tissue running under a bumpy bone (epicondyle) on the interior of the elbow. Because the cubital tunnel is extremely narrow, it’s very susceptible to being compressed or injured from trauma or activities that are done repeatedly. 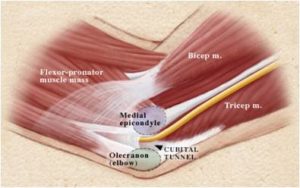 One of the major symptoms is numbness and a tingling sensation in the ring finger and small fingers. This is a result of the ulnar nerve being stressed or stretched. In addition to a painful forearm, other symptoms may include hand and/or muscle weakness, especially in the pinky and ring fingers, which are under the control of the ulnar nerve. 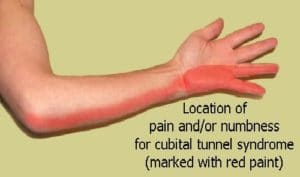 People Most at Risk

Some people are more at risk to have cubital tunnel syndrome than others. 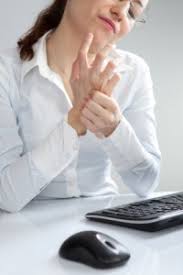 Physical therapists or doctors can conduct certain tests to diagnose cubital tunnel syndrome. First, they need to determine if it’s the ulnar nerve that’s being compressed. Once this has been determined, other tests can be performed, such as:

Physical Therapy as the First Line of Defense 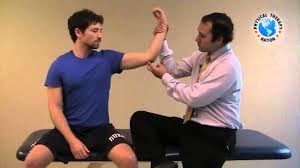 Besides physical therapy and other types of modalities used in physical therapy, such as electrical stimulation and ultrasound, a therapist may also recommend noninvasive or conservative treatments for reducing pain. These treatments include icing, bracing, and splinting.

If you struggle with orthopedic-related problems, set up an appointment with the physical therapy specialists at Cawley Physical Therapy and Rebab by calling 570-208-2787 or sending us an email at cawleyptfrank@gmail.com. Please contact us and find out more about how we can help you.

Looking for Relief today??  Click below to sign up for one of our limited Free Discovery Visits!

Our doctors of physical therapy in NEPA are ready to get you up and moving like you used to. With seven convenient locations, your road to recovery starts today!